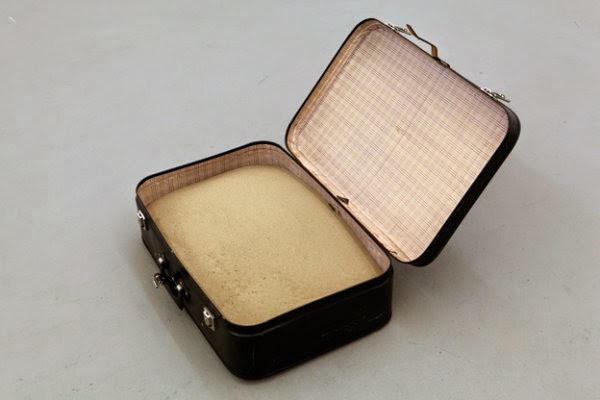 Hours: Wednesdays 4-8pm and by appointment

“Between 8 July and 27 August, more than 2,100 Palestinians were killed in the Gaza Strip, along with 66 Israeli soldiers and seven civilians in Israel,” reported BBC News. Posted on its website, video footage taken by a drone revealed the extent of destruction in Gaza. Where homes once stood, the ground is now uniformly grey and brown from crumbling concrete buildings and dirt.

The New York Times reported the latest conflict was responsible for killing “500 Gazans under [the age of] 18 and injuring 3,100, as well as, according to one estimate, creating 1,400 orphans.” Another source, Islamic News Daily, reveals “over 10,800 have been injured in the Israeli war since July 8… The United Nations says over 80 percent of the killed Palestinians have been civilians. Some 400,000 Palestinian children are in immediate need of psychological help due to ‘catastrophic and tragic impact’ of the Israeli war, according to the United Nations Children’s Fund (UNICEF).” Amid the varying number of casualty in Gaza reported by journalists from a spectrum of political positions, Palestinian Center for Human Rights (pchrgaza.org) keeps steadfast count of destroyed lives even after the truce.

For a generation of children growing up in this volatile situation, home is not necessarily a site of nurturing and security. It can also be a repository of traumatic memories or a series of temporary accommodations.

Gaza-born, Paris-based Taysir Batniji’s solo presentation at Lease Agreement include video, photography, and installation made in response to and as a part of the artist’s experience of living in what he describes as the “space that is neither here nor there. This other space that is not home but not elsewhere either…a sort of in-between, a space with no borders where I feel at home, albeit a temporary home.

Taysir Batniji (b. Gaza, 1966) studied art at Al-Najah University in Nablus, in Palestine. Since 1994, he has been dividing his time between France and Palestine. During this period spent between two countries and two cultures, Batniji has developed a multi-media practice, focusing on photographic and video images. Following his first solo show in Paris in 2002, that showed works produced in Gaza, he has been actively participating in a number of exhibitions, biennales and residencies in Europe and across the world.

From Vancouver, Canada, Liz Park is a curator and writer currently based in Philadelphia as the recipient of Whitney-Lauder Curatorial Fellowship at the Institute of Contemporary Art, the University of Pennsylvania. The topics of her recent research and projects include the representation of violence, the politics of visibility, and non-Western art in the global context of contemporary art.

Lease Agreement is a collaborative curatorial project by artists Adam Farcus and Allison Yasukawa. Set in the living room of the couple’s rental house, Lease Agreement continues in the tradition of apartment gallery exhibition spaces by exhibiting conceptually rigorous, engaging work within the context of a home.
Posted by Adam Farcus at 9/17/2014 09:26:00 PM